25+ Interesting WordPress Statistics and Facts for 2023

WordPress has taken the digital marketing world since its establishment in 2003.

The number of compelling themes, plugins and other features it offers has caught the attention of many. Today we will take a deeper look at how it and why it is very popular through interesting WordPress Statistics and Facts.

25+ Latest WordPress Statistics and Facts of 2023

1. There are 27 new posts in WordPress every second

WordPress is a highly used CMS, and that itself tells a lot about the reliability and ease of use of the platform. There are millions of websites powered by WordPress CMS. Web owners who heavily run their website on WordPress use plugins and tools to personalize and operate their websites. People who use the Jetpack plugin (A plugin for WordPress site) post 70 million times in a month, equal to 27 posts every second.

2. 43.2% of websites on the internet are created with WordPress

Acquiring over 40% of all websites just by one CMS platform is shocking. As you already know, WordPress is super popular for CMS users. The open-source software of WordPress allows its users to customize and add tools & Plugins easily. Another reason why many bloggers and web owner uses WordPress is because of its reliability.

3. 71% of all content in WordPress is in the English language

All web owners use WordPress to publish content in multiple languages. However, English is the most common language writers write their content on WordPress. According to WordPress.com, 71% of wordpress content is in English, followed by Spanish, which is at 4.7%.

Social Media platforms like Twitter seem like those platforms that get many times more traffic than any blogging site. However, that is far from the truth. While Twitter on average receives 90 million unique visitors in a month, WordPress has a whopping 163 million monthly unique visitors.

The large translation community of WordPress makes it accessible and suitable for all different parts of the world where other languages are spoken. There are plugins that also supports multiple languages, and it enhances the user experience. WordPress translation system makes it the best CMS for anyone who wants to start a website in other languages.

7. There are 1.6 billion results for searching up “WordPress” in Google

Anything related to WordPress and WordPress itself has over 1.6 billion results on the Google search engine. Any theme, plugin, community forums or tutorials about WordPress will show up in the result.

8. WordPress is searched 2.9 million times in a month

9. More than 1 million domains are registered on WordPress every six months

The ease of setup and registering a domain on WordPress has impressed many. According to BuiltWith, in 2015, there were 1 million domains registered on WordPress every 6 months.

WordPress has made its CMS easy to use, and the process of making your online presence is very convenient on WordPress.

The number of comments on WordPress posts is 29 times lower than spam messages. This indicates the highly unsolicited messages that WordPress people get in their posts. It can hinder the experience and value of WordPress CMS.

According to Akismet, the plugin removes 7.5 million spam messages every hour, and users are praising the WordPress plugin.

A WordPress theme Avada sold over 775,421 copies and made 45 million dollars. Each copy of Avada costs $60, and the competitive pricing with excellent features have made it one of the most purchased WordPress themes.

14. Only 4.7% of the total WordPress users use the latest WordPress version

WordPress has recommended its users to use the latest version of WordPress for an enhanced experience. Outdated versions can cause issues and hinder the ability of some new features. WordPress.org shows that only 4.7% have updated their WordPress to its latest version (5.9).

15. WordPress has organized over 1100 WordCamps

WordCamp is a locally held conference where executives and experts talk about WordPress. WordCamp is important to spread knowledge about WordPress CMS and let users know as much as possible about it. WordCamp was first conducted in 2006, and it has been held 1100 times since then.

17. Currently, there are 59725 free plugins for WordPress

There are over 59K plugins for WordPress that are absolutely free. With this amount of plugins, there is definitely a plugin that you need to add to your WordPress website.

19. The market share of WordPress is rising at 5.6% every year

Much statistical data analysis about the market rise of CMS shows that the market share of WordPress is rising by 5.6% every year.

20. 70% of all DMCA law requests have been denied by WordPress

The most popular CMS technology software WordPress has denied the request of Government DMCA many times in the past. WordPress has received over 85000 government requests, and WordPress has only indulged in 31% of them.

There are over 59 thousand plugins for WordPress, and among those, Contact Form is standing at the top as the most used WordPress Plugin. Contact Form has over 5+ million active installations.

22. The average subscription cost for a WordPress theme is $145

Tesla Themes for WordPress has subscription-based membership where the average membership charge is $145 annually. Divi, Avada and Genesis frameworks are among the most popular WordPress themes.

WooCommerce is a powerful e-commerce website plugin that delivers influential features. The fact that it is a free plugin has contributed to the enormous number of downloads.

24. 52% of WordPress threats are caused by WordPress Plugins

25. WordPress has a 65.3% market share among all websites that use CMS technology

The largest market share among all CMS is held by WordPress. According to the W3techs, WordPress has a 51% market share, meaning that 65.3% of all websites that are using CMS technology are powered by WordPress. On the 2nd number, Shopify is holding its position at 6.7% market distribution.

We hope that these interesting facts and statistics about WordPress has given you valuable information and insights.

As a web owner or a blogger, you can use this information and evaluate your approach to grow your WordPress site tremendously.

Looking for more statistics? So don’t miss these articles:

Disclosure: This page contains affiliate links, meaning I get a commission if you decide to make a purchase through my links. It comes at no extra cost to you, but it supports us in creating more useful content. We only recommend brands we use and trust. 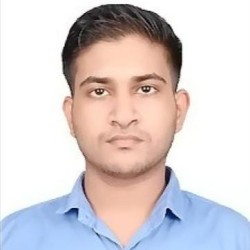 My name is Ali Mohammad, I’m a full-time blogger and affiliate marketer. I’m sharing every lesson I’ve learned about how to start a blog and make money blogging. My mission is to teach the next generation of online entrepreneurs how to scale their influence at startup speed. Click here to learn more about ai writing software!

Our Most Popular Articles

AliMohammad.me is a free resource site for helping people to build, optimize and improve their websites.

Best of the Blog